Traveling to North Eastern Kenya is commonly associated with poor road conditions and alarming distance – especially if the destination is Mandera County.

Although security threats in the area are quite high, security apparatus stationed at various roadblocks do less to thwart endangering terror attacks particularly areas neighboring the Somalia border.

The journey from the capital, Nairobi to Mandera is very long and tiresome.

Drivers and vehicle staff will ascertain that no roadblock will be lifted without parting with some cash.

The earlier money is paid, the faster the bus will be move. On the contrary, it is true.

On Sunday, the following day at around ten o’clock, having delayed for hours due to the impassable roads courtesy of heavy rains, the driver halted the vehicle at Habaswein town, Wajir South Constituency and over 100km from the county headquarter, Wajir town.

A dark-skinned slender administration police officer, a gun strapped on his back, approached the bus conductor, a soft-haired in his youthful years, hanging on the bus door.

“Wacha tuongee nje (let us talk outside)”, he clears out the reason for not allowing the bus to proceed.

The miraa chewing conductor blatantly declined the ‘serious talks’ and lamented about the bad roads caused by the recent heavy downpours.

“Leo hakuna kuongea, tumechoka na barabara ziliharibu na mvua, tafadhali wacha tuendelee na safari” (today we will not talk, we are tired because of the poor roads caused by the heavy rains, kindly let us just continue with the journey), he grieved.

Anger building up so fast, the infuriated officer, walking majestically, decided to ignore the plea. Two other officers joined the scene.

An elder, male passenger in his 70s, sitting at the first seat boldly lamented and called upon the security officers to inspect the vehicle.

Unfortunately, that was the beginning of a new end. So angry was one of the officers that he ordered the driver to bring the bus inside the camp for further investigation and was adamant not to follow the ‘common local arrangement’.

In a bid to understand where the problem occurred, the light-skinned driver rebuffed the order and this is where the passengers decided to collectively intervene.

One after the other, the disappointed and irritated travelers alighted from the bus shouting, ‘are we refugees?

Why don’t you come and search our documents instead of torturing us in his intense heat?

The voice of the public is always the final verdict. It came as a shock to the officers and the bystanders as the travelers demanded to know why the officers, with the role of maintaining peace and order, decided to punish them by cold-shouldering to offer bribes.

Few minutes of consultations, they finally paved the way for the passengers without taking a coin, an incident the driver confirmed, never happened before.

“This is my first time we carrying such passengers who are patriots and understand the impact of runaway corruption in the country”, enthusiastically expresses one of the bus conductors adding that if the passengers could stand up, they can easily put an end to the exploitation stalemate.

One of the passengers blamed those in charge for allowing similar occurrences and doing nothing to stop the habit.

“Unfortunately, without paying, we cannot access the roads, making the situation worse”.

In a report by the Ethics and Anti-Corruption Commission (EACC), Mandera County became the third with a 99.4 percent corruption index.

The survey was conducted before the 2017 general election. Most of the cited reasons are that bribe, nationally, is paid to avoid delaying service delivery.

The survey added that the average number of times a bribe is demanded increased to 1.66 times from 1.56 in 2015. 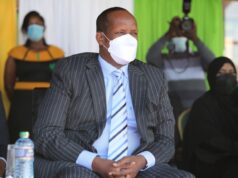 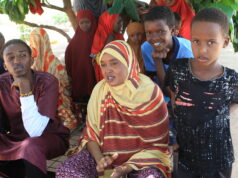 At 35 she gave birth to 19 children, wish to continue 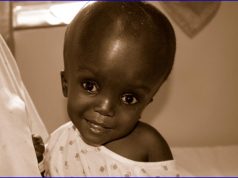 The social stigma attached to hydrocephalus in Kenya

At 35 she gave birth to 19 children, wish to continue

Of a Four Days Journey to Mandera from the Capital, Nairobi

Afyasmile Kenya is the leading health website in Kenya. Number one source of health information. We endeavor to support people who want better control over their healthy life. Through our editors, reporters and health experts, we provide reliable, accurate, informative, educative, human interest-based and real-time health information for you.
Contact us: afyasmilekenya@gmail.com
© Copyright 2021. AfyaSmile Kenya | Developed By Clinet Online Company